A Funny Thing Happens When You Teach Media Literacy: Kids Get Smarter

The average 8- to 18-year old spends more time with media than they do with their parents or in school. They are assaulted by media messages nearly eight hours per day— 10 hours and 45 minutes if you account for multitasking — on smart phones, tablets, laptops, televisions, and computers. Much of this media comes at them unfiltered, as few gatekeepers (for 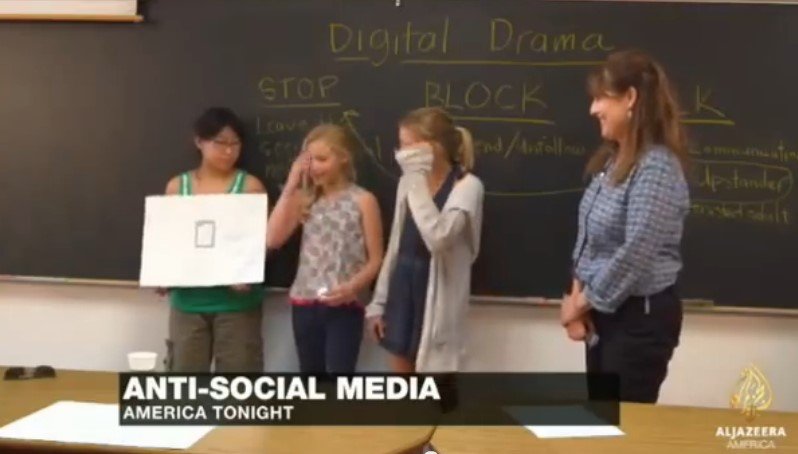 mally known as editors) check the veracity of things posted on the Internet (like this blog post) that can be written by just about anybody.

Yet little to no “media literacy” is being taught in the American school system.

It is being taught, however, at the school my kids attended. That’s because I asked the principal if I could teach it and he said yes. So we converted an old-fashioned weekly “Civics” class to “Cyber Civics” and our Cyber Civics program was born. That was five years ago and now our robust, three-year program includes:

After teaching this first year of “Cyber Civics,” I realized that while we had provided students with terrific foundational skills to help them use digital media safely and wisely, this was not enough. They were ready and eager to learn more practical skills. Additionally, research was showing that while kids seem incredibly tech-savvy, the reality is most know little about the core concepts of “Informational Literacy,” or how to