Anatomy of a Media Literacy Project: #2 Getting the Band Together

I’m posting here some behind-the-scenes moments from WGBH’s latest project for PBS KIDS, one that’s focused on digital media literacy. It stars Ruff Ruffman in a new web-only reincarnation as a Humble Media Genius, and it launches this fall.
I’ve been working in public media for a little over sixteen years, and although the medium has changed radically, the basic business model has not: we secure funding for our projects upfront, and make them free to end-users as WGBH is a non-profit and an educational foundation. These two factors set us on a typically laborious path of grant-writing and fundraising. 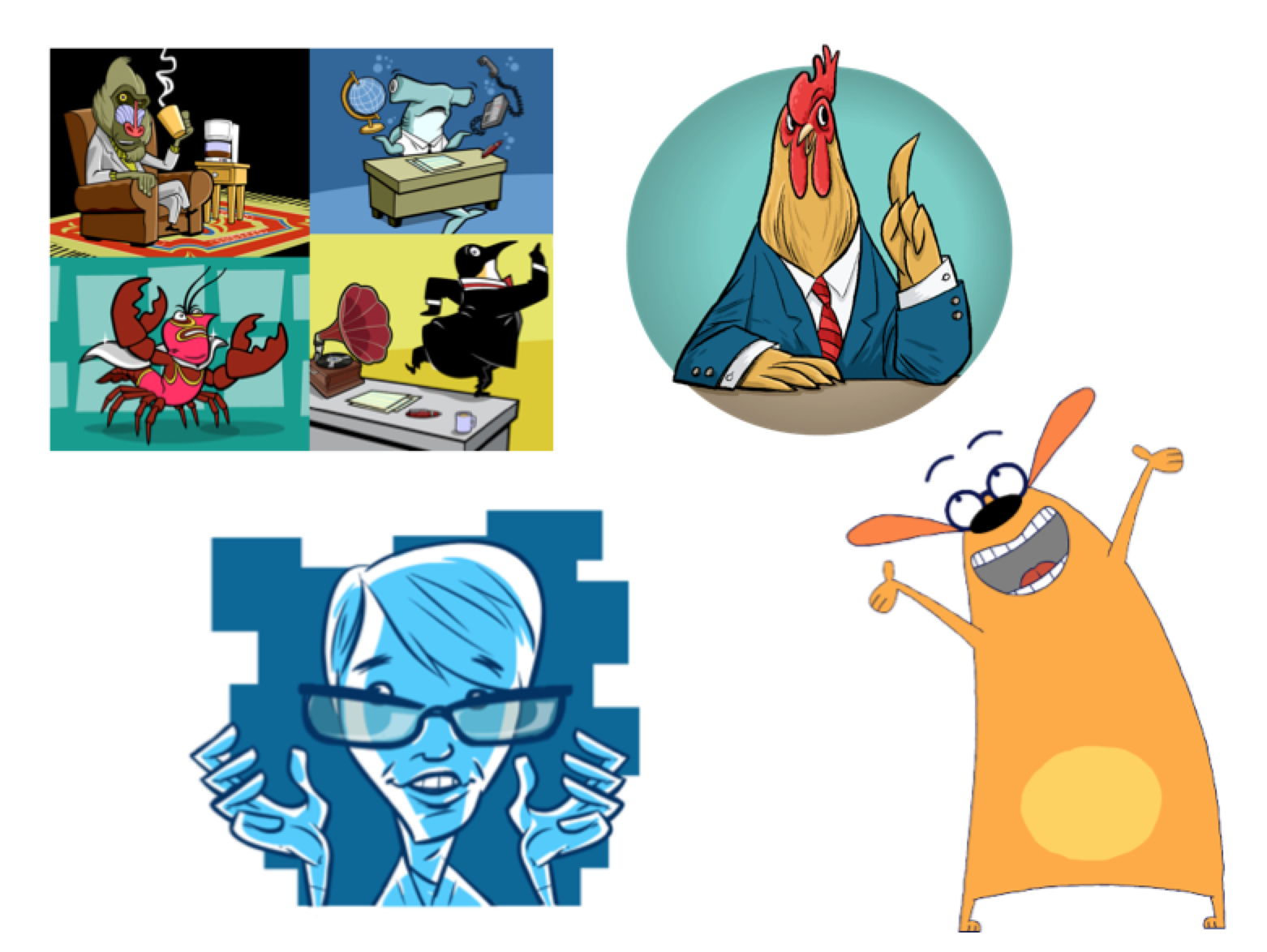 Over the years my team’s work making websites, apps, digital comics, and games has been focused mostly on literacy, math, and science, with forays into health education, engineering, and social studies. These are by no means easy to fund, but at least there are major areas of opportunity for us to apply to. For media literacy, it’s been a tough row to hoe. I’ve put together a variety of possible media literacy project proposals over the years, and none has come to fruition. One featured Hank Green before he (and his “Stars” author brother John) exploded on YouTube. Another featured a fictional detective agency I had created — the Fin, Fur, and Feather Bureau of Investigation at FFFBI.com — and was a partnership with games guru Jim Gee. A more recent attempt starred a chicken loosely modeled on Walter Cronkite, but that one didn’t hatch.

But with the beloved character Ruff Ruffman; a rich repository of animation assets from five years of WGBH’s series “FETCH! with Ruff Ruffman”; plus a sharp set of comedy scripts co-written by EMMY-winner Gentry Menzel, I hope we now have a winning combination.

We’re experimenting with repurposing the existing animation in an attempt to keep costs down, and we’re including a Q&A with Ruff where he answers real questions from real kids. The site itself will be designed to be mobile-friendly so that its videos, quizzes, polls, and extension materials will work well on tablets, not just on computers.

We’ve also assembled a team of A-list advisers, led by Sherri Hope Culver at Temple University. It’s supported by many others including researchers in media literacy education from Worcester State University, the Harrington School of Communication and Media at the University of Rhode Island, and the Berkman Center for Internet and Society at Harvard University. I’m not aware of a media-literacy curriculum that exists with the level of contemporary reference needed for this project, and so we’re building one as we go to encompass key questions around photo sharing, texting apps, and a host of topics that kids and parents need to know about.

Who’s going to actually create all this? In-house at WGBH we have an awesome collection of talented designers and programmers. We have animation and audio partners in NYC and Cincinnati. And the unsung heroes on this (and any big media project) are the business and legal folks: with their help I’ve inked our partnership deals, secured music rights, and found a path through the complex copyright laws surrounding Fair Use.
If you’re interested to know more, drop me a line at http://wgbhkids.wordpress.com/contact/

Thanks for listening,
Bill

(To keep up with Media Literacy Now’s work to raise the level of public discussion on media literacy, please join our mailing list.)