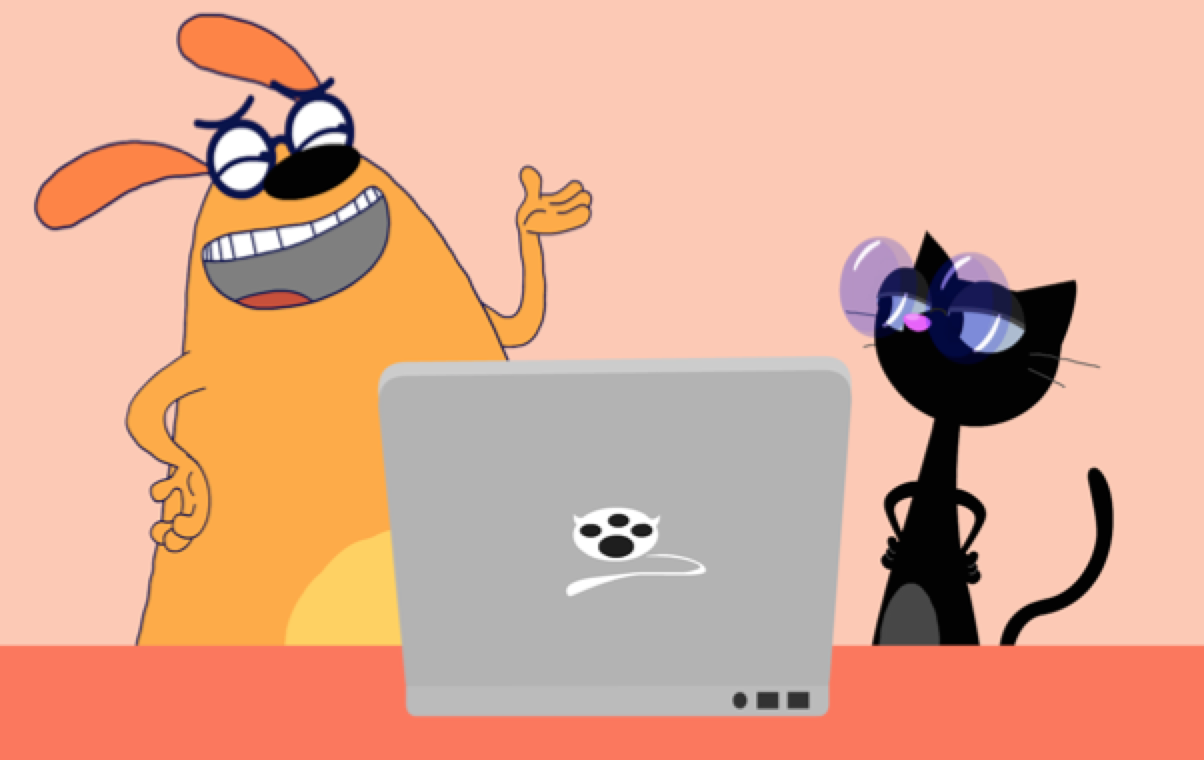 For those following any of these posts, you will know that, with a small team at WGBH, I am putting together a new digital media literacy project for launch later this year at pbskids.org.

We are about half way through our animation process right now. Even though this is for online and not broadcast distribution, the process for animating is typical. We script, record and edit the audio, animate on top of it and complete the videos in a post-production edit suite, and then add closed captions. While this fairly lengthy process takes place, we are at work in parallel creating the supporting content for the web site.

This is a pilot project and so, for now at least, the site is to be small. Because the target audience is kids 6-11, there will be quizzes and polls and small amounts of text – we know that kids do not like to read much online, much as they happily devour Harry Potter books in a matter of days. There will also be supporting content for adults – parents, caregivers and teachers – primarily offering context for the kids’ content but also offering additional resources.

And so it’s at this point that I’ve been reflecting once again on what makes for appropriate media literacy content to include on our new site. If there’s one thing that drew me to this project, it was to explore the competing ideas of a) how pervasive the Internet is in our lives with b) how little we all seem to know about it.

The format for our animations is to be sketch comedy that explores some of these crossovers: for example, we love sharing photos but do we know how much geographic data ships with each picture? Kids can inadvertently reveal their home locations when they post images online. That particular example was “ripped from the headlines” in my own family – where a friend’s daughter had posted such geographically revealing imagery. Elsewhere I look to the news to seek inspiration, but the past few weeks’ news has been mostly depressing – much as it had been fascinating from a media perspective. While none of these examples will find their way explicitly into our site, I mention these as examples of how we should all stay aware of the media around us:

Twitter users collectively managed to help starve ISIS of the publicity they sought by almost universally refusing to pass on horrific images. Elsewhere, as a reaction to the media in Ferguson, African American users posted paired selfies with the hashtag “IfTheyGunnedMeDown” to ask whether press would publish pictures of them in hoodies or in their decorated military uniforms. This week a large number of Hollywood celebrities discovered that their private photographs and videos had been backed up to the cloud with limited security – and then found their way back online.

On a lighter note, the Ice Bucket Challenge has thrown up for me some interesting issues: firstly that I really don’t know (or care) what the difference is between my Facebook status and my timeline; secondly how not giving to a charity (by taking the challenge) has become the socially acceptable way to proceed; and thirdly, how or when will this thing expire?

As I relate all this back to the media literacy project for kids, the questions about media choices are relevant, as are the ideas of what the cloud is and does and they will be part of the site. And I’m holding off on introducing most of the social media topics given the age target for this project. But for parents and educators, all of these kinds of topics seem to be things we need to watch and learn about. The issues of media choices, or how social media and cloud services work are important for us all to know.

(Please join the Media Literacy Now mailing list to keep up with our work to ensure all students have the advantages of a comprehensive media literacy education, and find out how you can help.)