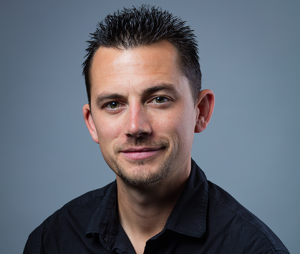 Since the 2016 U.S. presidential election, “fake news” has become an omnipresent idiom in American discourse. As someone who has long been concerned with propaganda, I initially lauded the post-2016 discourses about fake news.

However, I soon recognized that the attempts to understand and combat fake news were undermined by a narrow focus on the fake news emanating from Donald Trump, Russia, and conservative news websites. As a result, most of the solutions for mitigating the influence of fake news beg for a broader understanding of the actors involved in producing and disseminating content such as political parties, members of the press, and other nations including the U.S.

Furthermore, rather than empower governments or corporations to act in the McCarthyite tradition of demarcating truth and journalism for the electorate, we need a solution that addresses Americans’ inability to delineate objective journalism from fake news. This will prove more effective than the governmental solutions which are tepid at best, and the techno-utopian proposals, which represent an abdication of democratic responsibility to the very industry that has exacerbated the fake news problem in the first place.

I wrote The Anatomy of Fake News to develop and expand access to critical news literacy education. It is the most promising approach for empowering Americans to determine the differences between objective journalism and fake news.

An effective critical news literacy education is rooted in a broad understanding of the definition, producers, themes, purposes, and influence of fake news combined with the exploration of power, resistance, and liberation. Thus, The Anatomy of Fake News offers the first comprehensive study of fake news. It employs a critical-historical lens of media ecosystems to dissect fake news to identify and analyze the structure of content that comprises fake news. These findings act as the scaffolding for effective critical news literacy pedagogy proposed in the final chapter.  This study represents the first attempt to anatomize fake news for critical media literacy educators. 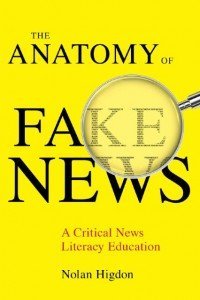 Dr. Nolan Higdon is an author and university lecturer of history and media studies. Higdon’s areas of concentration include youth culture, news media history, and critical media literacy. He sits on the boards of the Action Coalition for Media Education (ACME) and Northwest Alliance For Alternative Media And Education. His most recent publications include United States of Distraction (co-author with Mickey Huff, City Lights, 2019) and The Anatomy of Fake News: A Critical News Literacy Education (University of California Press, 2020). He is co-host of the Along the Line podcast with “Dr. Dreadlocks” Nicholas Baham III, and a longtime contributor to Project Censored’s annual book, Censored. In addition, he has been a contributor to Truthout and Counter-punch; and a source of expertise for The New York Times, San Francisco Chronicle, and numerous television news outlets.