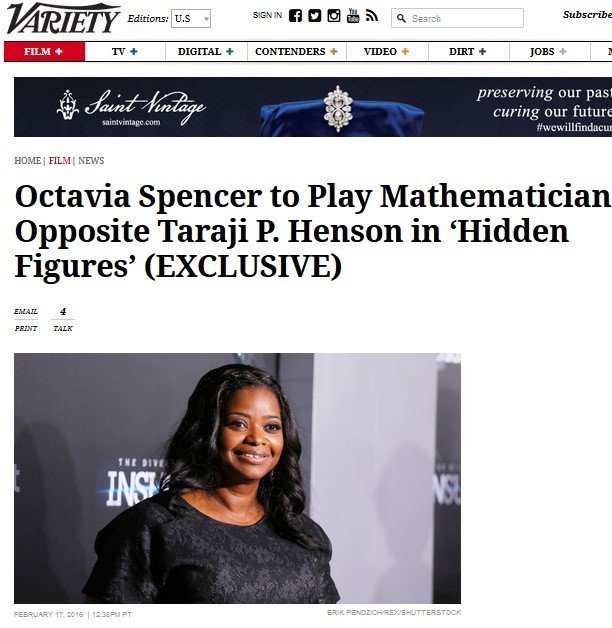 Shetterly’s compelling word-smithing led to Fox’s interest in developing a film adaptation based off her soon-to-be debuting book “Hidden Figures,” which features the brains behind the 1962 launch of Friendship 7 where John Glenn became the first American to orbit the Earth. If there is still any question on Fox’s end on whether a film like this is necessary, then the answer is “Hell Yes! And it’s long overdue!”

This is what Shetterly had to say  about her decision to capture these stories on paper and now on screen: 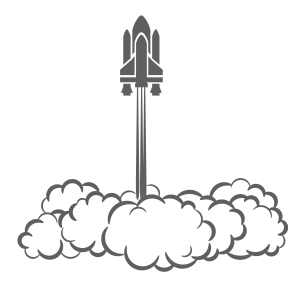 Most Americans have no idea that from the 1940s through the 1960s, a cadre of African-American women formed part of the country’s space work force, or that this group—mathematical ground troops in the Cold War—helped provide NASA with the raw computing power it needed to dominate the heavens. My current work in progress, a narrative non-fiction book entitled HIDDEN FIGURES recovers the history of these pioneering women and situates it in the intersection of the defining movements of the American century: the Cold War, the Space Race, the Civil Rights movement and the quest for gender equality.

We all know what a scientist looks like: a wild-eyed person in a white lab coat and utilitarian eyeglasses, wearing a pocket protector and holding a test tube. Mostly male. Usually white.  Even Google, our hive mind, confirms the prevailing view. Just do an image search for the word “scientist.”

She is absolutely right, the perceptions about who works in STEM typically don’t include women, people of color and certainly not women who are also people of color. Over the last few years there has been an increasing emphasis on girls and people of color in STEM fields.

Organizations like US2020 has an entire “national effort to match STEM mentors with underrepresented minorities, girls, and low-income students by the year 2020, creating millions of moments of discovery and inspiring the next generation of STEM professionals. Though it is an ambitious task, it’s certainly a step in the right direction and representation is key in helping marginalized communities imagine greater opportunities.”

Additionally, the representation in the casting for this show is beautifully-complex in that both Taraji P. Henson and Octavia Spencer have been privy to past criticisms about some of their roles in TV and movies, despite their undeniable talent. From Taraji being accused of perpetuating the sassy Black woman, or “Sapphire,” stereotype on Empire, to Octavia being charged with promoting the long-despised idea of “Mammy” in The Help. This casting not only shows the recent increase in more diverse roles available to Black actresses, but that our characters can be just as multi-faceted as the actresses that play them.

LaTierra Shauntel Piphus is a Media Literacy activist and Social Justice advocate serving non-profits nationwide. She is the founder of rEVOLushunaryAx (pronounced “revolutionary acts”), a consulting organization developed specifically to address media justice within communities of color, which experience racial, social and economic injustices. “We tackle barriers impacting our communities through media literacy education, computer literacy training and, essentially, attempting to close the Digital Divide.” You can follow her on Twitter: @rEVOLushunaryAx or add her on Facebook: LaTierra Shauntel Piphus.