This guest post come from our allies in Bosnia and Herzegovina, teachers and journalists, who are seeking funding for the association and to bring their program to classrooms. 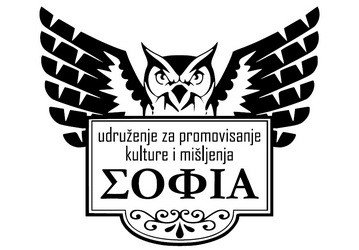 BE MEDIA LITERATE. BE COOL!

Media Literacy is becoming a widespread problem in all parts of the world. We are from Bosnia and Herzegovina, by the name Association for Promotion of Culture and Thinking Sofia, and our mission is to enlighten our society, which is lacking in awareness of how huge a problem we are dealing with here.

Since 1984 and the UNESCO Declaration on Media Education in Grunwald,* people in Western countries can cope with the media literacy problem. You have a tool – in your formal education, informal education, as well as dealing with the false news in your own free time.

As a professor in one of the local high schools, I have been called twice to talk on the subject of “YouTubers,” which are popular among youngsters in my republic. These calls were triggers to act – in a way to raise up an awareness of danger our young men and women are dealing with in the world of internet media every day.

Our Association is at the start of its work. Now we are creating our one-day course, which is a pilot course, aimed at kids at high schools and colleges, with the main accent on the practical part – learning how to recognize false from true information/news, which can be delivered to them in a form of newspapers, television, radio transmitter, YouTube channel, Facebook, Twitter, LinkedIn, Path, Instagram or any other way.

By this time, we have spread our word among entrepreneurs, and we will contact foundations, embassies and donors for our cause.