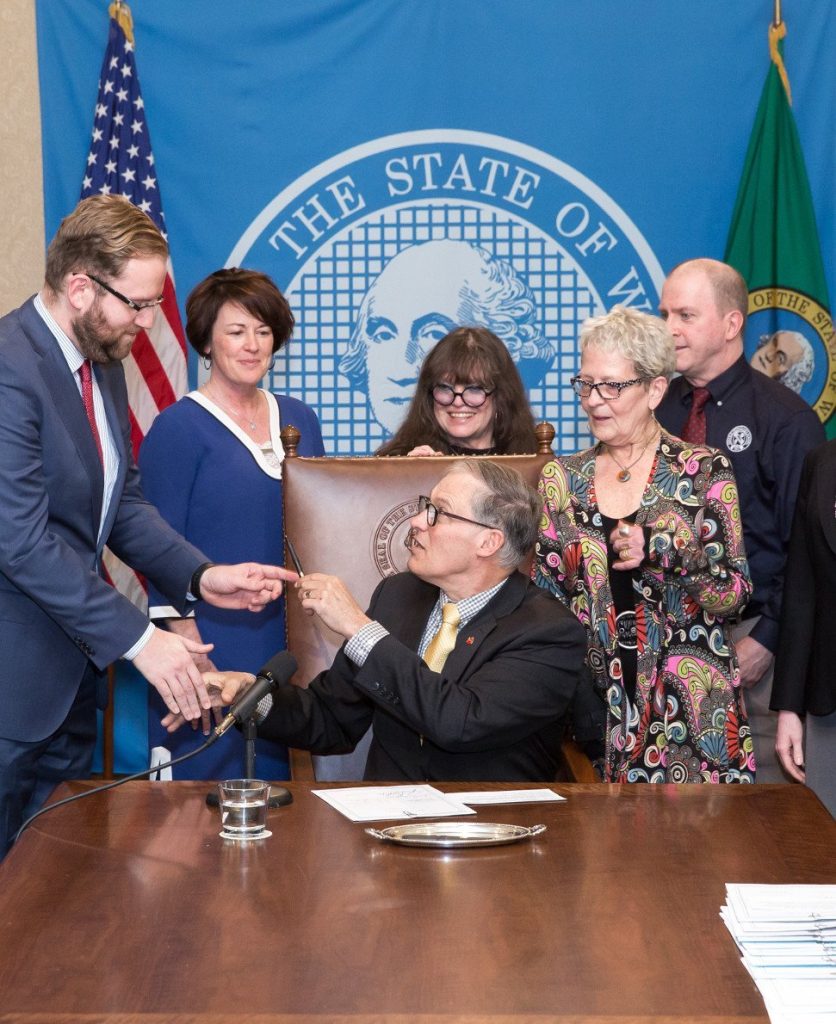 “This bill will launch a much-delayed conversation about education policy and the essential skills we need to be teaching our children today. Once signed into law, it takes us one big step closer to creating an environment for comprehensive media literacy education – to include safe interet use and digital citizenship,” said Media Literacy Now President Erin McNeill. “Legislative momentum is surging in states across the country. Washington’s language, supporting schools to take action, will be a model for other states.”

State Sen. Marko Liias championed the legislation.  “Digital citizenship is fundamentally important for our children and our society,” he said.  “All students need the skills to positively use media and digital technology. This legislation elevates instruction in 21st century skills as an educational priority.”

Washington’s Action for Media Education collaborated with the national Media Literacy Now organization in shaping the legislation with Senator Liias and guiding the bill through the legislative process.

“I’m encouraged that our children won’t become victims to mass media messages that tell them who they are and how they should be. With critical thinking skills in place they’ll be able to use media instead of being used by it,” said Action for Media Education head Claire Beach.