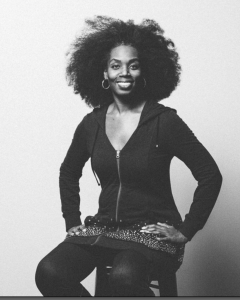 Alicia Haywood is a multiple award-winning producer, writer, speaker, copy editor, and on-air talent who has worked in the professional media industry for 22 years. With work featured on every media platform, some of her credits include three award-winning short films, OWN: The Oprah Winfrey Network, Oprah Radio, ABC Radio Networks, SiriusXM, E!, The Style Network, The History Channel, as well as production accounting work for 28 theatrically released feature films and over a dozen made-for-television movies and series produced by Warner Bros., Disney, Dreamworks, HBO, and more. Alicia is also a media literacy educator, devoted to her work for the National Association for Media Literacy Education, and thrives in the space of helping people live better lives.

We are now in Florida, putting media literacy on the agenda.

If you are interested in getting involved in the Florida effort, pleas let us know on the MLN contact page, or get in touch with Alicia at ahaywood@medialiteracynow.org

Next Steps for Media Literacy in Florida