I’m a student in the wealthiest county in Georgia and Georgia’s 7th largest school district. That’s why I was shocked when I came to realize there is a lack of media literacy standards in our school curriculum. These standards would be beneficial for students to help differentiate and identify misinformation, disinformation, and fake news. The purpose of being media literate is to function in a modern society that revolves around the digital world. The ability to understand, communicate, analyze, and think critically is essential to the structure of our communities.

As per a usual discussion in my literature class, the topic of misinformation and the power it held over vulnerable populations became relevant. Many of my peers couldn’t identify what was real or fake when presented an image of a news article and an altered one, neither could they identify if a video was altered to be a deep fake. 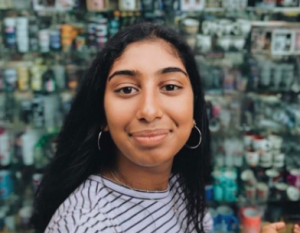 We were shocked that discerning mass media was this difficult, and one student said, “As students of one of the best public schools in Georgia, if we can’t recognize what’s real or fake, what about students around the country with a poor education system?”

Many after this discussion made a vow to always fact check the media in reliable sources, but that itself is not enough. Media literacy needs to be implemented in school curriculum as a necessary and driving force to educate students. I realized that if students were never exposed to how to identify different types of media and understand the messages they’re sending, students can never critically analyze information presented in a digital setting. They will always be at a disadvantage when identifying the role of media in our culture, as well as when trying to be a smart consumer of products and information.

I experience misinformation, disinformation, and fake news every day, and it only becomes increasingly concerning. As a student during the COVID-19 pandemic, I see misinformation prominently on social media, especially WhatsApp, where I am receiving posts on “natural remedies to cure COVID-19.”  I’m shocked with the lack of emphasis for safety measures for global health in the media.

I remember a prominent example where lack of media literacy education in schools resulted in students unknowingly spreading fake news. It was near the end of the school day, and my friend tapped me on the shoulder and said, “Amulya, did you see this on Instagram? Apparently, Kim Jong Un is personally killing the soldiers who have COVID-19.”

I looked at the post, and noticed an uncanny resemblance to FOX News, but with a few key differences. The original FOX News logo is blue with white lettering, but this post was green with white lettering. Before I could interject, someone else heard the conversation and said, “I saw that on Instagram, it must be true.” Both of these students reposted this post on all their social media, and I couldn’t help but think, “Why didn’t they fact check this first?” and the truth is that they never learned the skills necessary to be an active and accurate digital user. Students on a daily basis share disinformation, and will grow up to be citizens that don’t know how to accurately perceive information.

This is alarming for the future, to have the next generation of voters vulnerable to external and internal threats of mass media. 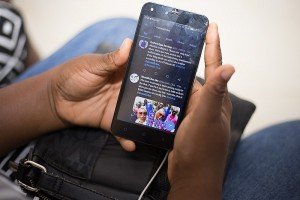 Photograph by Seedeblay via WikiMedia Commons

With social media companies not addressing the problem, it’s up to the school systems around the country to teach kids.  With the amount of time teenagers are spending on social media, our perceptions are shaped by what we see, and ultimately, we will grow up with mass media imbedded in the core of individual thinking.

Students are subjected to false information that will shape how we think, and ultimately the decisions we make. Stanford University published a study in 2016, which showed that middle school, high school, and college students had difficulty judging the credibility of information that they found online and are frequently duped by fake news, biased sources, and sponsored content. The digital age has made it easy for anyone to create media. We don’t always know who created something, why they made it, and whether it’s credible.

While it’s encouraging that 14 states are now on their way to establishing media literacy curriculum as a priority in K-12 schools, much more needs to be done to ensure all students have access to these essential life skills. Of the 36 other states, Georgia is a state that has not started the process. The urgency is there, states have to keep up with the increasing prevalence of media in students’ lives.

Many think that since students are exposed to various kinds of media in different outlets, they are socially aware, but the authors of the Stanford study (Sam Wineburg, Sarah McGrew, Joel Breakstone, and Teresa Ortega) stated, “Despite their fluency with social media, many students are unaware of basic conventions for indicating verified digital information.”

To prepare students for the reality of the harsh digital world, media literacy in school curriculum must be implemented.