In Hollywood portrayal of reporters’ role, hope for future of Fourth Estate 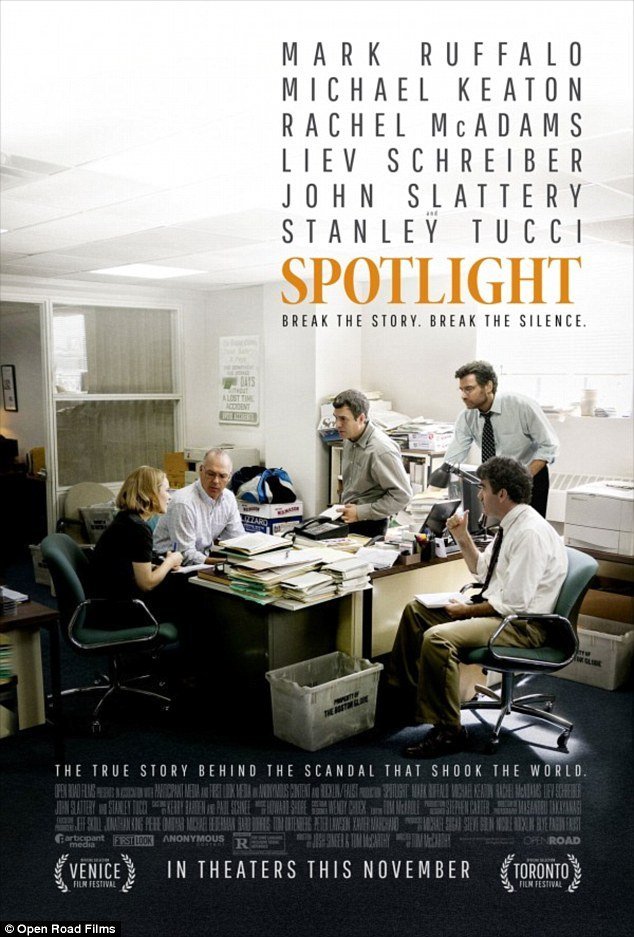 This weekend, a theater audience gave a standing ovation to two journalists. Journalists! Held almost in as little esteem as lawyers in the public eye.

It happened at a screening of “Spotlight,” a movie about the team of reporters and editors at the Boston Globe who exposed the widespread scandal of the Catholic hierarchy enabling and covering up for pedophile priests. After the movie, two of the portrayed journalists – reporter Mike Rezendez and editor Walter V. Robinson – made an appearance for a Q&A. And received an enthusiastic welcome from the audience.

Such is the power of the big screen: people were so impressed by the story portrayed in the movie, that they applauded the subjects of the movie.

I’m hopeful that the wide distribution of this movie will help people across the country gain a better understanding of the critical role of our press in a free society and the importance of keeping it strong and independent. The movie provides a realistic view of journalists doing the difficult and even brave job of holding the powerful accountable. The Spotlight team at the Boston Globe in 2001 went up against one of the most powerful institutions in the world, and an institution that held considerable sway over many of the leaders in the city of Boston and region – from politicians to law enforcement to education – not to mention the vast contingent of everyday Catholics in one of the most Catholic states in the nation.

Independent journalism is the watchdog of government, and is key to holding other powerful people and institutions accountable – from business to religion to the non-profit realm. It’s a connection many people do not understand. And with today’s TV entertainment-news focus on celebrities and anything inflammatory or titillating, that’s no surprise. But nothing other than a strong, effective, credible, and forthright fourth estate could have held the immensely powerful Catholic Church accountable for its systematic misdeeds. That message comes across in the movie and I’m optimistic it will change public opinion.

About the Author: Erin McNeill