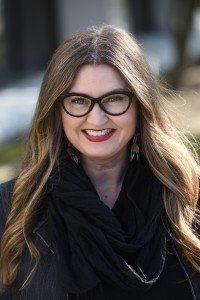 For more than 20 years, Melanie Warner Spencer has covered news, lifestyle, design and entertainment at various publications, serving as the design columnist at The Austin American-Statesman, a senior staff reporter at The Houston Chronicle and as the editor-in-chief of Modern Luxury Houston Brides magazine. Her work also has appeared in The Chicago Tribune, The Huffington Post and Reuters in the United States and across the globe. Currently, Spencer is managing editor of Louisiana Life and Acadiana Profile magazines and editor of New Orleans Bride Magazine, New Orleans Homes & Lifestyles and Acadiana Weddings Magazine.

Spencer is also an award-winning fine art and editorial photographer. She has been honored by the Texas Press Association for her editorial photography, by the Press Club of New Orleans for writing and editing and by the International and Regional Magazine Association for writing, editing and photography. In addition to founding and serving as the leader of the Media Literacy Now Louisiana chapter, Spencer is president of the Press Club of New Orleans and a board member of the Society of Professional Journalists Louisiana Pro chapter.

Welcome to our page! Bookmark us and check back for updates about Media Literacy Now in the state of Louisiana.

If you are interested in getting involved in the Louisiana chapter, please let us know on the MLN contact page or email louisiana@medialiteracynow.org.