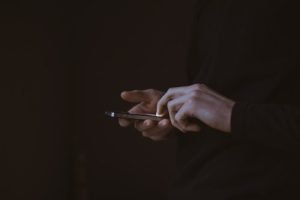 Legislation to raise media literacy as a public policy priority has moved forward in Massachusetts as part of a bill focused on reducing the over-prosecution of teen sexting.

The media environment that children and teens are exposed to for hours every day is packed with provocative imagery. This suggests to kids that it’s “normal” and acceptable to share sexually explicit imagery. The pervasiveness of this culture is shown by a 2014 Drexel University survey which reported that more than 50% of college students had exchanged sexually explicit photos or messages as minors.

For minors, this omnipresent, sexually-tinged visual environment is frequently complicated by laws originally designed to govern serious child pornography and child exploitation offenses. The punishments these convictions carry – including prison sentences and/or life-long sex offender registration – are considered by many prosecutors as too severe for adolescents.

Teaching critical thinking skills and creating an understanding of the potential negative effects of the misuse of social media can create more thoughtful and positive use of the technology. Proactive media literacy education can change the culture around sexting by helping youth recognize that participating in a social digital environment requires an awareness of ethical (as well as legal) concerns.

Ultimately, media literacy education can demonstrate that sexting is an activity potentially laden with complicated issues of empathy, honesty, and trust. Using social media responsibly doesn’t have to have negative consequences, legal or otherwise.

About the Author: Louise Weber

Louise Weber is researching and monitoring media literacy legislation in states around the country for Media Literacy Now. She is a media producer, project manager and educator, based in Boston. https://www.linkedin.com/in/louiseweber
See more posts by Louise Weber
MLN2018-05-04T11:04:15-04:00June 22nd, 2016|Legislation, Massachusetts, News|Comments Off on Massachusetts legislation moves forward with sexting bill