Media Literacy: A plan to restore us to ourselves

It started when Hillary Clinton ran for president. While her opponent was lauded for his oratory talents and for his willingness to embrace an ideology outside of the then-existing Republican ethos, she was criticized for the clothes she chose to wear, for looking “tired,” for being “old.” She, as a woman so close to the ultimate position of power, was being reduced to a list of superficial qualities that had little to do with her ability to lead. It got me to thinking, perhaps later than I should have started thinking as a woman living in a culture saturated with messages from mass media.

Two years later, I was grocery shopping with my three-year-old daughter when we saw Disney princess Spaghettios strategically arranged on an end cap to attract an innocent little one just like my girl. While she had never yet seen any of the Disney princess movies, she somehow knew who they were, as if the information had been downloaded into her brain in the middle of the night, and began to point. Even though she was only three, I launched into a lecture about marketing, deception (the Spaghettios were, after all, just regular Spaghettios—just the picture there to entice), and how it is that what we are often told about a product does not reflect the reality of what it can or cannot do for us. 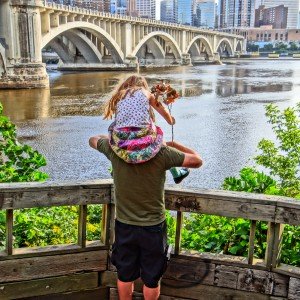 Now, I didn’t know the term “media literacy” at the time, and I’m sure my lecture went completely over my little one’s head, but the seed was planted in both of us—how do we navigate—not to mention teach our children to navigate—this incredibly complex world of media generated messages that skew reality, distort our relationship to others as well as ourselves and our own bodies, and leave us always hungry for more, never satiated?

I felt a responsibility to my daughter, and to all of us (let’s be honest, we as adults could use some guidance when it comes to the consumption of media as well – we are not always the most skilled at sensing the limits of what is best for us), to help to develop a plan, a map that would lead us from here to a there where we weren’t so influenced and manipulated by the forces of the media around us; where we could learn to say “no” when the messages we were receiving were contrary to the inner peace we were seeking to create, to help to mold and shape the messages that were surrounding us.

This is how I was introduced to media literacy. In watching our culture succumb to unnecessary pressures, this is how I became an advocate for those trying to change our relationship to the messages we receive, for those dedicated to restoring us to ourselves.