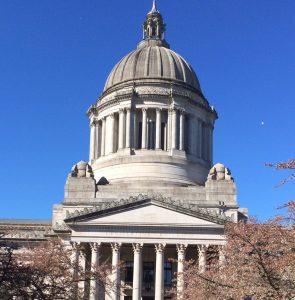 Ever changing technologies and applications of those technologies, in varying environments, are creating unique challenges for parents, educators and public officials.

These are some of the trends Media Literacy Now is following in social action and legislation:

In most states, sexually explicit images of minors are considered to be child pornography, meaning even teenagers who share nude selfies among themselves could, at least theoretically, be charged with a felony. That could mandate a strict prison sentence and registration as a sex offender for a lifetime.

However, at least 20 states have adopted sexting laws with less serious penalties. Several have made sexting between teens a misdemeanor; in some cases prosecutors can require young offenders to take a course on the hazards of social media – rather than charging them with a crime. In Pennsylvania for example, sexting law has created a separate class of prosecution for offenders aged 18 and under.

In Colorado last year more than 100 students at one high school were found to have explicit images of other teens. The scandal prompted lawmakers to create a new misdemeanor crime, “misuse of electronic images” by teens. (That bill failed in a close committee vote in early April however.)

Teenagers aren’t the only constituency to be affected by sexting; last December the investigative journal ProPublica identified three-dozen incidents since 2012 in which dehumanizing or degrading photos of nursing home residents were posted on social media, primarily Snapchat. The Senate Judiciary Committee is questioning the U.S. Justice Department about how aggressively it pursues elder abuse. State or local prosecutors, not the federal government, have typically handled many of the incidents ProPublica identified.

Schools, libraries, museums, community centers and the like, are currently confronting the challenges of protecting private student data.

The security of student records has been a promise of the student data privacy discussion since the passage of FERPA (the Family Educational Rights and Privacy Act) in 1974. But the unique challenges posed to student privacy by digital environments has spurred greater attention on stricter legislation that would update existing privacy laws, protect data access, provide increased training, and make app developers responsible for protection of data.

As of December 2015, 23 states had a social media privacy law of some kind. These laws vary in scope, dealing with education and/or employment.

In January of 2016, the ACLU partnered with 16 states and the District of Columbia to promote legislation to assist parents and students in maintaining control over educational data: social media privacy, one-to-one device privacy and personal technology privacy.

In Virginia, Senate Bill 438 (approved on April 1st, 2016) “prohibits a public or private institution of higher education from requiring a student to disclose the username or password to any of such student’s personal social media accounts… ”

The Uniform Law Commission will vote on model social media privacy legislation at its July 2016 annual meeting. Their proposed act is broader than just social media privacy: it would add privacy protection to all online account information protected by some form of restricted access.

In an effort to protect minors from violent, sexually explicit, and/or otherwise obscene material, 24 states have put Internet filtering laws in place as of June 2015. Some legislation restricts the transmission of material and some requires filtering and blocking software to limit user reception at public institutions.

Legislation currently pending at both state and federal levels would require schools and libraries to filter the Internet as a condition for government technology funds. Efforts to control spam, to protect privacy and to prevent unwanted commercial exploitation of children and adults is impacting the debate about censorship.

Pornography is increasingly regarded as a public health issue. Statistically, pornography websites get more unique visitor each month than Netflix, Amazon and Twitter, combined. 93% of boys and 62% of girls are exposed to pornography before the age of 18.

Utah’s HB 260, which became law in 2005, addressed the regulation of pornography; the state’s new resolution (March 2016), drafted by the National Center on Sexual Exploitation in Washington, DC, additionally “recognizes that pornography is a public health hazard leading to a broad spectrum of individual and public health impacts and societal harms.”

Keeping institutions of learning free from commercial influence is an ongoing concern nationally.

In Rhode Island for example, HB 7487, proposes the prohibition of the advertising of unhealthy food and beverage products in schools.

And in California, SB 1177 prohibits private companies working with student data from using, sharing, disclosing or compiling personal information for commercial purposes, including advertising or profiling.

At the federal level, HR 3157, the Student Privacy Protection Act introduced by Rep. Todd Rokita (R-Ind.), would amend FERPA to (among other things) restrict schools from “using a student’s education record to market products or services to students…”

“Swatting” is the act of maliciously and deceptively reporting a crisis and prompting an emergency law enforcement response – such as the police or a SWAT team.

The idea of “swatting” may be new but Edward F. Davis, former Boston police commissioner, describes the practice as “a serious problem across the nation.”

U.S. Representative Katherine Clark of Massachusetts – a crusader against digital harassment – was personally targeted by a swatter who reported an active shooter at her home. A police contingent descended on her house in response. Clark was likely a target because of her support for the Interstate Swatting Hoax Act, which would make swatting a federal crime.

Clark is continuing to make combatting cyber abuse a top priority. Although existing federal law prohibits many behaviors considered “online harassment,” enforcement and prosecution has lagged; Clark has introduced a bill that would provide the Department of Justice with additional training and resources for pursuing online harassment.

(Clark was the original sponsor of our Media Literacy in Schools bill in Massachusetts in 2011 when she was a state representative.)

7. Online harassment of women and the videogame industry

Women in the video game industry have faced online harassment, as well as physical threats and a flourishing atmosphere of misogyny. Much of the abuse is related to the movement known as #Gamergate, an online effort purportedly concerned with protecting the “gamer” identity.

The technology platforms that provide a virtual home for Gamergate supporters (Twitter, Reddit, Yik Yak, etc.) have been criticized for not doing enough to monitor and control offensive content. In October of 2015, events at the SXSW conference were canceled due to fear of violence and an Online Harassment Summit was held in March of 2016 as a result. But the event was not well attended and, of the companies criticized for enabling threatening behavior, only Facebook sent a representative.

In response to continued criticism, Twitter has launched an internal advisory board to address concerns of abusive content and cyberbullying. But many feel that reform must occur at the legislative as well as the social level. Massachusetts Representative Katherine Clark’s proposed legislation – the Cybercrime Enforcement Training Assistance Act – would increase training in handling cybercrime investigations.

Sexual extortion – or ‘sextortion’ – is not a new activity, but the Internet has turned it into an increasing problem. Offenders obtain an image or information from a person and then pressure them into providing sexually explicit images, sexual favors or money.

Legislation needs to stay current with the ability of predators to exploit online technology platforms.

About the Author: Louise Weber

Louise Weber is researching and monitoring media literacy legislation in states around the country for Media Literacy Now. She is a media producer, project manager and educator, based in Boston. https://www.linkedin.com/in/louiseweber
See more posts by Louise Weber
MLN2016-11-29T16:59:56-05:00April 27th, 2016|Legislation, News|1 Comment