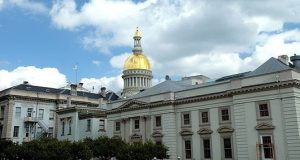 New Jersey’s media literacy bill, S436, was approved by a vote of 39-0 by the Senate on Monday, after approval by the Senate Education Committee last week. It now moves to the Assembly for action.

The bill would require the Department of Education to encourage each board of education throughout the state to offer instruction in media literacy, and to study the feasibility of incorporating the instruction into the curriculum of the Common Core State Standards in English-Language Arts. The law puts a particular emphasis on media literacy in response to violence in the media.

Sen. Diane B. Allen, a former news reporter, has been a long-time supporter of media literacy education. In 2014, Media Literacy Now began working with her office on this legislation, and discussed with her staff bringing on assistant majority leader Sen. M. Teresa Ruiz, who is also chair of the Education Committee, as an additional primary sponsor. When the bill was reintroduced in 2016, Sen. Allen implemented that strategy.

Sen. Allen originally introduced the legislation to implement a recommendation of the N.J. Assembly Task Force on Adolescent Violence.

The bill has been referred to the Assembly Education Committee.