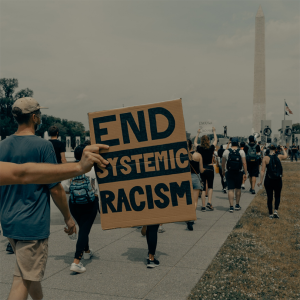 There is a strong body of media literacy curriculum dealing with social justice and race equity issues. A number of outstanding organizations have been developing these effective resources over the long term. We have highlighted some of them on our resources page.

Teachers will be looking to incorporate this study into classrooms in the fall, whether classes are meeting in person or remotely. For others – parents, camp and summer school leaders, educators and nonprofits who provide extra-curricular programming may also find these resources useful.

Media play a leading role in the spread of overtly and covertly discriminatory messages and images that serve as the attitudinal scaffolding for systemic racism. Media literacy skills are also essential to health, well-being, and full participation in economic and civic life today.

If you work with young people, deploying these resources is a way that you can contribute to the work of nurturing racial equity, social justice, and true democracy.

Here are some examples:

Critical Media Project is a free media literacy web resource for educators and students ages 8-21 that enhances young people’s critical thinking and empathy, and builds on their capacities to advocate for change around questions of identity.

From the CMP topic overview document on race and ethnicity, here are some of the questions and concepts students will explore in this curriculum:

Have you ever wondered:
Why most of the main characters in movies and television shows are white?

Why non-white groups are often cast in certain roles such as the maid, the gangster, the “model minority,” the supportive best friend, the terrorist?

Why certain products like cars or phones are marketed differently to specific racial or ethnic groups.

Some key concepts that CMP curriculum is organized around:

Race and ethnicity are not only physical attributes of people, but also ways of seeing and understanding the world.

Media plays an influential role in shaping how we think about and enact race in our everyday lives.

Our society has made progress in dealing with racial discrimination, but inequality and injustice remain, and the media is a key site where these ideas persist.

Dozens of free lessons are available by searching the keyword “Justice.” Further narrow your search by grade level or subject or filter by standard, media type, etc.

Here are some examples:

High School through College – This kit explores how people in the United States have perceived social justice movements over the past 180 years and how the U.S. media have constructed that public perception.

Middle School – This kit explores the ways in which King and his legacy have been portrayed in various media forms. The first lesson follows a chronology of King’s life through interactive decoding of rich media documents (comic books, billboards, songs, music videos, etc.).

Facing History and Ourselves

Facing History and Ourselves uses lessons of history to challenge teachers and their students to stand up to bigotry and hate.

This page will take you to the Democracy and Civic Engagement section, media literacy lessons.

Here’s one selection from the collection; it guides students in looking at media and the killing of the student Michael Brown in Ferguson, Missouri.

#IfTheyGunnedMeDown is one of several hashtags used to call attention to racial injustice in the aftermath of Michael Brown’s death. This particular tag was used to highlight the perceived tendency of news agencies to select images of young black men that perpetuate stereotypes. The impetus for the campaign was a controversial image of Michael Brown that his family provided to major media outlets and was used in the hours and days after the shooting.

Young people and activists used the hashtag to underscore and challenge the ways in which images of shooting victims can influence public opinion by affirming damaging racial stereotypes. Typically people used the hashtag to ask which of two starkly different images of themselves—one with overtly negative connotations and another with either neutral or overtly positive ones—would be used by news media if they were killed by police.

Here is one of the activities students do after analysis and discussion of the photos and how they were used:

Develop Guidelines for Image Selection
Challenge students to create a policy that they think news organizations should use to guide image selection when a young person dies or is killed. Use a series of questions to guide the development of students’ proposed standards, such as: