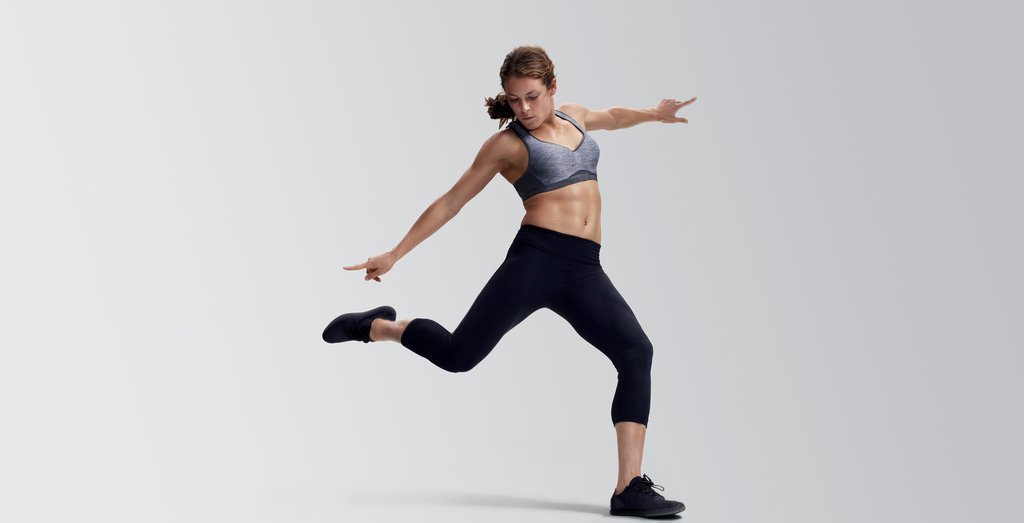 Kelley O’Hara, US soccer team star, in Under Armour ad.

We’re seeing a renaissance in sports gear marketing to women showing empowering images of female athletes, such as via the just-launched latest chapter of Under Armour’s “I will what I want”  campaign, which has contributed to launching that company into the public consciousness.

Manufacturers have come to realize that there is money to be made in presenting girls and women as strong and capable – because these are the images women want to see of themselves.

There are university programs, too, that have been highly successful with intentional promotion to elevate women’s sports, such as the work Dawn Staley has done as coach of the University of South Carolina basketball team, which now leads the nation in game attendance.

So what’s up with the professional sports organizations and news media? The major sports continue to marginalize women. FIFA pays the winning women’s team $2 million to the men’s $35 million. Others add qualifiers – “LPGA” vs. “PGA” – that signal the women’s game is not the main event.

FIFA demonstrated how little it respects the women players, according to the Boston Globe, by having the gold medals paraded onto the field by models clad in skin-tight dresses, and showing US goalkeeper Hope Solo in “a suggestive, slo-mo replay as she sipped from her water bottle then sprayed water on her neck.” (How cliché. These people need some media literacy.)

Meanwhile women’s sports coverage in the news media remains “dismally low” according to a recent study updated past findings. The only change: “a decline in the once-common tendency to present women as sexualized objects of humor replaced by a tendency to view women athletes in their roles as mothers.” Which was so clearly illustrated in the timely tweet by England’s soccer organization: 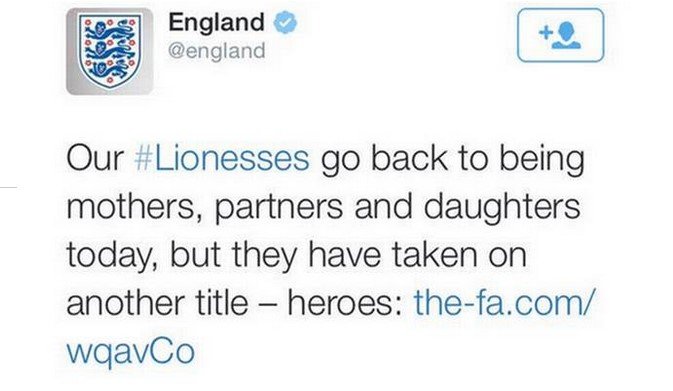 Media has the power to shape public attitudes, and when women’s sports are marginalized in news broadcasts and commercial media, it’s uncool to be interested in them. Yet there is burgeoning interest – the recent women’s final world cup was the most watched soccer game ever in the US and also, apparently, out-performed the 2015 NCAA men’s basketball championship game, the 2015 NHL Finals, and the championship game of the 2014 World Series on TV.

“…I’m done “defending” women’s sports. Frankly, it’s insulting to the athletes involved to even conceive of it as if they need defending. It’s time to go on offense. It’s time to write more about women’s sports and be part of the grassroots struggle to do what the sports networks and sports-radio talking potatoes won’t do, and that’s tell the stories of what is happening in women’s sports.”

An emphasis on respectful marketing by the sports organizations, from college level through professional, would change public attitudes by changing media representations and elevate women’s sports from the sidelines. Let’s join Zirin and demand better. What can you do? Letter-writing and social media pressure works. Use email, Facebook and Twitter to get in touch with the organizations, and the media outlets that fail to cover women’s sports or cover them in a disrespectful way. Tell them what you don’t like.

Erin McNeill is founder and president of Media Literacy Now.