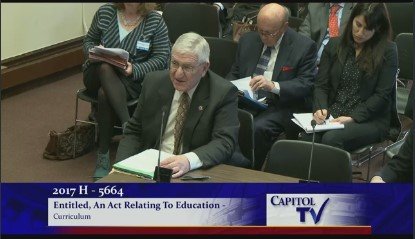 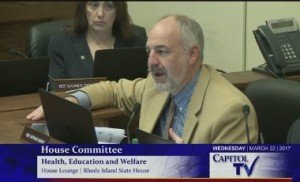 Rep. Arthur Handy, sponsor of the Media Literacy bill in the House of Representatives in Rhode Island.

The journey to the enactment of the legislation was extremely interesting. I sought the help of Senator Adam Satchell who happened to be a former student of mine and Representative Arthur Handy, a legislator who in the past helped students in a civic education program called Project Citizen, which I coordinate. These legislators were extremely helpful by recruiting other legislators to co-sponsor the media literacy legislation and they developed the strategy for getting to enactment.

The Media Literacy Now network was extremely helpful in getting individuals/organizations to testify. At each hearing, supporters were very positive and enthusiastic. It is interesting to note there was not one person to testify against the media literacy legislation.

The chairpersons of the House and Senate Education Committees were extremely helpful and supportive. These committees were led by Senator Hanna Gallo and Representative Joseph McNamara. Both of them in one way or another noted that it is time to address media literacy. They explained with the issues of media literacy in our society; it was time to address the issue. They noted that the best place to start was in the classroom.

To support media literacy, the Rhode Island Department of Education noted that it will be integrated into the Basic Education Plan. 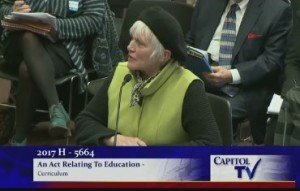 Now that media literacy legislation has passed, the next steps will be to formally organize organize individuals and groups into a cohesive advocacy organization. The main purpose of this organization will be to advise the Rhode Island Department of Education on how best to improve media literacy teaching and learning.

(The House hearing can be seen here at minutes 71 through 84.)