Rumors on Instagram can be life changing, even in 5th grade 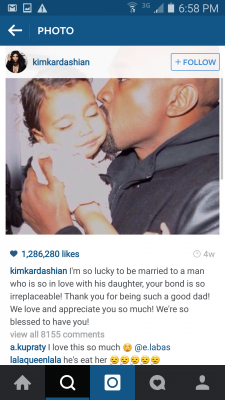 My niece is in the fifth grade. One night after dinner she asked me if we could talk about something going on at school. She pulled out her iPad and opened her Instagram application. She scrolled through a series of comments in an allegedly private message (“allegedly” because about 20 people were on this message). The conversation started about something innocuous that had happened at school and took an ugly turn when a girl told everyone to disregard what one of the boys had said because “he is a terrible person.” Another user asked why he was terrible, to which the same girl responded “he raped someone.” My niece was both confused and bothered by this incident, which is why she wanted to discuss it with me. And I am glad she did because our conversation around the issue highlights, I believe, the importance of teaching our young members of society how to think critically about what they are presented from all forms of media. I asked my niece to reflect on this incident and to share with our community of people interested in the importance of media literacy in schools. Here is her story, written by her:

There was a rumor that spread mostly over Instagram about a boy who had raped a girl, both were students at my elementary school. This got around to the students quickly through direct messages on Instagram. Pretty soon after the word got around, he transferred to another school. I was really confused about the whole thing, so I asked my aunt if she would talk about it with me.

My aunt asked me a bunch of questions. First, she asked me if I knew what rape was. I thought it was when a boy forces a girl to get pregnant. I didn’t have the full definition of it. I am in fifth grade, I don’t think most people my age know the definition of this word. It was scary to learn about what the word actually meant and I couldn’t believe we had been talking about this all along. And if I didn’t know what it meant, I bet my friends and classmates didn’t know what it meant either. That means everyone was possibly spreading around the wrong information.

I liked that we talked about all the possibilities of how this could have played out. My aunt said that this doesn’t mean it never happened, but that I should not just take messages sent on Instagram as truth. We looked at the holes in the stories spread by the kids and what didn’t add up in what they were saying. I wonder if many people thought wrong about him and he if got bullied unnecessarily. People need to think before they post on social media, it can change a person’s life in really bad ways sometimes.

Concerned about children’s use of social media without access to guidance and media literacy education? Join our mailing list to receive an alert when it’s time to take action in your state.