My name is Frank Baker: I am a long time (more than 20 years) media educator.  Over the past two years, I’ve taken time to meet with several legislators to present them with copies of my book “Media Literacy in The K-12 Classroom” (ISTE) and to discuss my concern that we aren’t really teaching our students how to think critically about media messages.

So when Media Literacy Now began its effort to get media literacy measures passed by the various state legislatures, I thought now would be a good time to try to do something here.

One of my neighbors, Seth Rose, is a newly elected representative to the South Carolina House of Representatives. He graciously welcomed the opportunity for me to meet with him. I recall him asking me to define media literacy.  I knew Rep. Rose had young children and my passion for media literacy education showed when he said to me: “Frank, we have to do something.” A short time later, I presented him with MLN’s latest model media literacy bill. It was pre-filed with the legislature in mid November 2019. 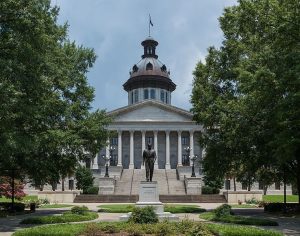 Around the same time, I took the model bill to a meeting with representatives of the South Carolina State Department of Education. Some time later, they wrote an email to Rep. Rose in which they claimed the bill was not necessary because media literacy was already being taught ( a claim that I clearly dispute).

Seth worked hard to get an initial hearing on the bill which was finally scheduled in early February 2020.  Going into this process I told myself that the odds of getting anything passed the first go ‘round were pretty slim.  And the reason why is because the legislature was to tackle a huge education reform measure.

On February 5, the House Education Subcommittee held the hearing. I had gathered several personal friends and education colleagues I knew would be interested in the bill and its outcome.  I had the chance to testify. You can read my prepared remarks here.

When it came time for a vote, a member of the committee from a rural district objected. He said he was worried about adding something more to teachers’ crowded instruction, but he said he would go back to his superintendent to inquire. Several weeks later, I learned by email, that the superintendent was supportive. But alas, as of this writing, the measure has not moved forward.  And with the current pandemic making meetings, like the General Assembly, problematic, we don’t know if the measure will go any further this year.

I’m not discouraged by any means. Our measure attracted a great deal of media coverage. And we have certainly got the attention of the State Department of Education.  In the meantime, I am hoping to be invited to be part of the team that rewrites our state’s ELA (English Language Arts) standards – that’s one of the most appropriate places for media literacy instruction. 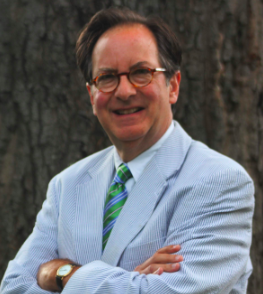 Frank Baker was recently honored by UNESCO with a 2019 GAPMIL Global Media & Information Literacy Award for his lifelong work in media literacy. Frank’s book Close Reading The Media: Literacy Lessons and Activities for Every Month of the School Year (Routledge/MiddleWeb, 2018) has been recommended by the School Library Journal. See our review. (Use discount code MWEB1 at checkout on routledge.com for 20% off.)