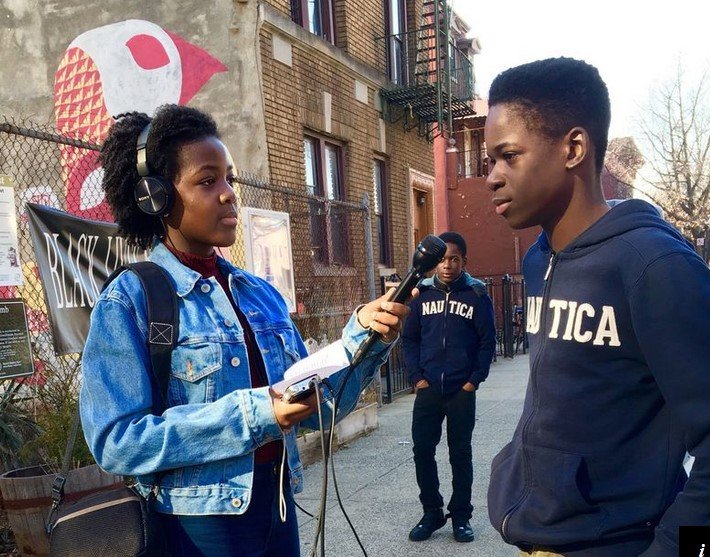 In the ten years I’ve been Senior Producer of WNYC’s Peabody award-winning initiative, Radio Rookies, we’ve worked with hundreds of students, teaching them how to interview others, think critically about the world around them and how to tell their stories. Radio Rookies productions air on WNYC during Morning Edition and All Things Considered, and cover topics about the challenges of teen life, ranging from why it can be hard to get out of an abusive relationship to one teenager’s obsession with K-Pop to school segregation. Over the years, we’ve found that one of the most satisfying aspects of what we do is the trust we build with young people through the process of reporting their stories. But Radio Rookies’ low student-to-staff ratio has meant we haven’t been able to scale up our project to reach thousands of young people—until now.

Since 2014, Radio Rookies has been developing a series of lesson plans for educators who are excited about the idea of using audio production as a teaching tool. Our curriculum includes exercises in teaching interview techniques, writing for radio, and story selection. The materials can be used in after school settings, middle and high school classes, summer camps, or wherever there is a teacher excited by audio and journalism.

One of our primary goals at Radio Rookies is to give young people the space and means to tell their stories. When teenagers feel their voices matters and that people are listening, they’re more likely to ask critical questions about the world around them – and, if framed appropriately, media production creates more engaged citizens. We’ve seen that when young people bring stories to life on their own, they have the opportunity to learn through experience, which is crucial to the Radio Rookies production process. Additionally, by learning the ins and outs of production—which stories are told, what gets cut, how to create balance, and how to fact-check appropriately—students are able to gain media literacy firsthand, becoming responsible media-makers.