The Trump Show: Win or lose, Election Day may be merely the end of season one 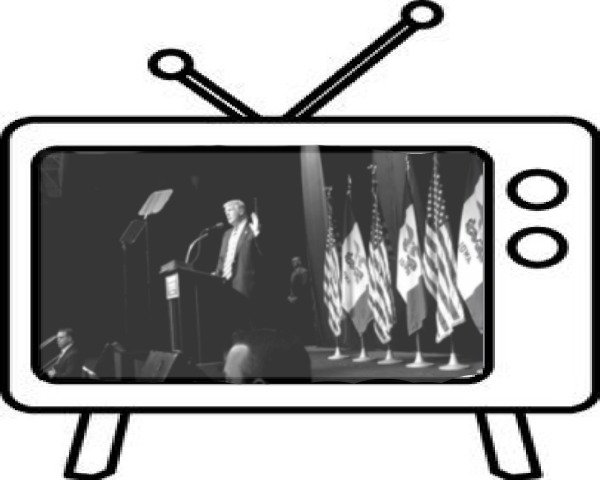 If there’s one thing we all can agree on in this presidential campaign, it’s that ratings are up.

As CBS Chairman Les Moonves put it back in February, “It may not be good for America, but it’s damn good for CBS.”

“Man, who would have expected the ride we’re all having right now? … The money’s rolling in and this is fun,” Moonves said. “I’ve never seen anything like this, and this is going to be a very good year for us. Sorry. It’s a terrible thing to say. But, bring it on, Donald. Keep going.”

And when you’re reading, in the coming weeks, all the high-minded analyses of What It All Means — when you’re wondering about the real lessons from this corrosive, divisive campaign — you may want to recall what Moonves said.

Of course, we should have seen this election year coming.

George W.S. Trow, in “Within the Context of No-Context,” said television eliminated context and perspective: “The trivial is raised up to power. The powerful is lowered toward the trivial.” Neil Postman, in “Amusing Ourselves to Death,” warned we were applying the values of entertainment television to news and public discourse.

Both were writing before the digital age blossomed, when old-school television ruled the world. But the ubiquity of digital devices and all that implies have not yet altered the character of television-based politics.

At some point, though, practitioners of the art realized that the image itself was the thing, that “reality” was just another tool in the television production toolkit. And once networks discovered that the news itself could be profitable, that insight about the image infected news production.

Accordingly, what was considered to be news changed.

Ronald Reagan’s success gave us a glimpse of the possibilities, bringing his acting skills to the political arena. Still, his role was that of a conventional politician. Critics may have lamented the depth of his knowledge or his grasp of the issues — just as supporters revered his vision and leadership skills — but those criticisms nonetheless held him to conventional standards.

Trump, either instinctively or intellectually, realized that the assumed rules of presidential politics — a game for experienced politicians with established public policy goals — were not rules at all, but merely conventions that played out on television. He brought his television fame to a new series — “The Apprentice: Presidential Version” — and found his popularity was transferrable to the political arena.

Competitors and political experts repeatedly judged him by traditional rules and standards. But those rules, it turns out, apply only if the audience agrees to them.

A significant enough portion of the audience didn’t, and week after week, debate after debate, primary after primary, Trump endured and, ultimately, prospered. It was not a coincidence that The Trump Show produced ratings, so while political analysts were wringing their hands, corporate cash registers were ringing up sales.

Traditionalists were, of course, appalled. The Republican candidate’s raison d’etre appeared to be his ability to draw a crowd, to produce high ratings for television news.

The 1954 Army-McCarthy hearings had their Joseph Welch moment — “At long last, have you left no sense of decency?” — that broke a national fever and restored conventional standards of fairness and humanity.

Traditionalists have been awaiting that moment in 2016. Why, they wonder, are so many people setting aside conventional political standards and goals in favor of angry, possibly destructive, political theater? Even if the most recent video revelation about Trump is that moment, why has it not repelled his core of support?

Perhaps the answer can be found in the rhetoric of the candidate they champion: “What have you got to lose?”

The political system the Trump candidacy mocks has failed them, they believe, doing nothing to meet their needs or respond to their concerns. The Trump Show is an expression of that frustration. His core supporters believe he would deliver some meaningful, positive change in their lives.

But if he didn’t, would it matter? If the political system already has abandoned them, Trump, at least, is wreaking havoc with that system.

And wreaking havoc with that system, it turns out, is good for ratings.

The Trump campaign may not produce victory in November. But will it create a new normal for politics?

About the Author: John Dineen

John Dineen (@johndineen) is a consultant on policy information design and delivery. He has been a media company executive, an editor and a congressional staffer.
See more posts by John Dineen.
MLN2016-11-29T16:59:52-05:00October 18th, 2016|Stories|Comments Off on The Trump Show: Win or lose, Election Day may be merely the end of season one