The Truth, Trump and the Media

If anyone is responsible for the rise of Donald Trump it is our media.  Giving props where they’re deserved, Donald Trump is a masterful marketing genius.  Just as Ron Popeil, could sell billions of dollars of slice ’em dice ‘em products, whether we needed them or not, Trump has been magnificently manipulating the media to give him free air time to sell the Trump brand to the masses…regardless of the quality or truth of the product. 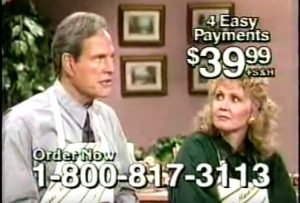 Trump classically implemented the marketing model of the shock jock radio hosts of the 90’s. It’s very simple – drop a few “f” bonds, insult and degrade minorities, (anybody remember Don Imus’ “nappy-headed hos” comment?) deliver those calculated crossing-the-line remarks with a “baller” attitude to an audience’s thrilled “I can’t believe he said that on TV” response – add social media to flame the comments and we have ratings glory! Having been in the media my whole life, it’s hard for me to imagine that there weren’t at least a few news directors high-fiving each other as the ratings were rising like a hot thermometer rather than focused on the journalistic integrity of the news content. In the age of TV on-demand viewing, the “must see live” nature of the political debates translates into HUGE dollars.

“When the money keeps rolling in you don’t ask questions.”  A.L.Webber’s  Evita

When Donald Trump says, “I’m a smart guy,” he’s right.  He knows exactly what he’s doing to control the media in his favor.  According to US News and the Tyndall Report, CBS, NBC and ABC gave Trump more coverage than any other presidential candidate during 2015 — 32 percent, or 327 minutes of airtime on their weekday newscasts. More than six times as much as Jeb Bush and Ben Carson.

This reward for bad behavior is the reason why we’re now standing back wondering, what the heck happened?  As Jeff Daniel’s character in HBO’s The Newsroom beautifully delivers Aaron Sorkin’s line to explain our current state of broadcast journalism, “we took a dive for the ratings.”  This clip says it all!

The need for media literacy has never been more critical.  An educated and informed electorate may be able to comprehend the intent behind the megalomaniacs using the media to advance their agenda and understand the behavior connected to high ratings for what it is.

If we add educated discussions in classrooms to debunk the messages we are easily absorbing, having kids debate whether this type of language is “appropriate” or not, questioning why it should be allowed on broadcast television, critically analyzing the use of social media where we are now “normalizing” bad digital citizenship, perhaps we might have a chance to take a little more control.

In 1985, author Neil Postman, “Amusing Ourselves to Death,” predicted our current dilemma perceptively stating, “When a population becomes distracted by trivia, when cultural life is redefined as a perpetual round of entertainments, when serious public conversation becomes a form of baby-talk, when, in short, a people become an audience, and their public business a vaudeville act, then a nation finds itself at risk; culture-death is a clear possibility.”


About the Author: Joni Siani

Joni Siani is a Media Literacy scholar, author and filmmaker: Celling Your Soul: No App For Life.