Who is really accountable? The puppets or the puppeteers?

Puppeteers and their puppets…

How are mainstream recording artists like marionettes? They make the moves, but someone else pulls the strings.
The fans, though, believe the fantasy that pop culture stars are following their art. In actuality, it takes years, tons of money, millions of followers, and many re-negotiated contracts before the artists themselves have even close to an equal stake with the record companies in their careers. And even then, they are still signed and controlled by the record company so they are still taking orders from up top.

Uh, who put this program together?

It’s no coincidence that 95 percent of what’s on the radio or videos today deal with sex, drugs, alcohol abuse, crime and violence. (Ok, I made that number up, but clearly it’s close to the truth!) The puppeteers have decided that these are the topics that make the most money so this is what they direct the artists or songwriters to focus on.

So what happens if the puppeteer stops the show? Where will our dear puppets go?

Artists who resist this puppetry, risk being blackballed by the record company, dramatically decreasing their chances of their work becoming or remaining financially profitable. But the show never stops. The puppets are simply replaced; the record company will find another starving artist from whom to extract their profit.

Some artists combat this unhealthy relationship with the record companies by finding other forms of income such as putting their names to clothing lines, fragrances, shoe designs, or acting. However, until they reach a certain level of popularity, those artists are still puppets to perform whatever show their master likes.

These puppets are performing to catch your attention so that you spend your dollars with them instead of others and the best way to get your money (the corporate owners believe) is to attract you through the illusions of sex(ual exploitation), money (over everything mindsets), power (acquired through violence or wealth), popularity (for all the wrong reasons), drugs (as a means of escapism or abuse), etc.

So when people ask whether we should hold the artists accountable or point the finger at them, then I say don’t waste your time.

Don’t like the puppet show? Don’t applaud, leave the show and please complain!

In order to control what comes from this industry, consumers have to become media literate citizens, speak up and vote with their dollars to change the content and messages that are being sold to the public.

So say, “I want better quality music!” and act accordingly.

What other shows should I attend, if not this one?

This is not an easy task with media etched in every crevice of our lives. Just having the TV or radio on is second nature to some people, whether they’re actively paying attention to it or not. Unfortunately you’re still giving them ratings which tells record companies that you like it and they should create more crap like it and then the cycle inevitably continues.

If you need music then find your substitutes in music that’s not mainstream (i.e. underground) or generated because of capitalism like through artists on Youtube, Twitter, Spotify, Mixcloud and the dozens of other online platforms that allows for more talented and diverse music with no strings attached. 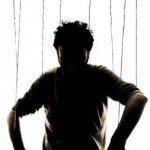