Why do students find media literacy courses more engaging than other programs? 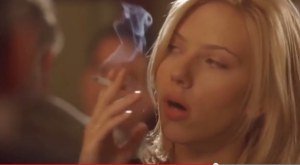 By Erin McNeill (Cross-posted from Marketing, Media and Childhood)

We know media literacy education is an effective strategy for helping to prevent adolescent tobacco use. But why? A recent University of Pittsburgh study sheds light on why a media literacy program was more effective than a control program that had already been proven to be effective among those teens that are high-risk (those who expressed an intention to smoke). That’s important because for kids who are not high risk, the strength of the anti-tobacco program doesn’t matter that much.

The study, published in the Journal of School Health February 2014, found that the media literacy-based course was significantly more effective – 24 percent vs. 16 percent.

The reason may be because of the strong difference researchers found in terms of student engagement. Lead researcher Brian A. Primack, MD, PhD, Associate Professor at the University of Pittsburgh School of Medicine, said both programs were state of the art and designed to be fun, and interactive. But the students liked the media literacy program more.

Compared with those assigned to the control condition, the study found, students assigned to the media literacy intervention were more likely to tell researchers ‘‘I enjoyed this program,’’ or ‘‘This program kept my attention,’’ ‘

I asked Dr. Primack for his thoughts on why this would be. He said that the process of critical analysis of media is akin to uncovering a mystery. It’s developmentally appropriate to be investigating things, such as finding out that movie stars get paid to be seen smoking. “That’s intrigue,” he said.

“It encourages that side of adolescence that wants to question authority and reality. That nourishes critical thinking.”

He added that the teachers also liked teaching the media literacy classes more, because the students were more engaged. They see students opening up and raising their hands, saying, “I want to comment on that” … saying “that’s wrong!” As a result the teachers are more energized, and feel like they are making a difference.