You are being manipulated! The Propaganda Game teaches you HOW (and how to avoid it) 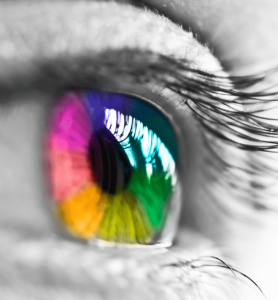 We’re all exposed to propaganda techniques every day: from politics and advertising to peer pressure and personal relationships – whenever someone tries to influence your attitudes and behavior. The first step to avoid manipulation is to recognize HOW it’s being done. When you see the mechanics, you can evaluate more clearly and focus discussion on reasoned arguments and facts.  This leads to better decision making.

I am the director of a small, non-profit educational foundation. We are creating online versions of classic academic gaming materials developed by the University of Michigan Instructional Gaming Group. We have just finished a social media version of the Propaganda Game by Robert W. Allen and Lorne Greene. It teaches more that fifty propaganda techniques used every day in politics, advertising and media, relationships, peer interactions, parenting and other areas of daily life. The game allows teachers to have students research and submit their own examples from the world around them in preparation for playing, discussing and debating them in class.

The Propaganda Game was invented by educators in 1965 to teach more than fifty-five different propaganda techniques used to persuade and influence people. Tens of thousands of students have used this game to develop practical, critical thinking skills in daily life – including innovators like Salman Khan, founder of Khan Academy.

The new online version of the Propaganda Game makes it easy to find and share examples from the onslaught of information we face daily. Students love to discover and create their own examples as homework and then play the game in class to identify techniques and debate interpretations. The free website propagandagame.org manages all aspects of the game including easy ways for teachers to use it as a regular weekly teaching unit. The online Propaganda Game includes extensive self-tutoring programs with a database of thousands of examples. There’s even commenting so you can swap opinions with the experts.

Here’s a sample of what students learn: 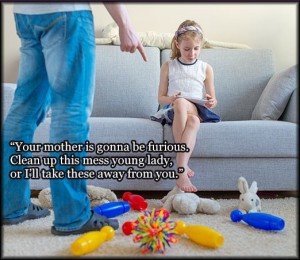 Here Dad uses the irrelevant technique of Manner (acting angry to show he’s serious) then follows up with an exploitation technique called an Appeal to Practical Consequences. When cautioned consequences are exaggerated, arbitrary or imaginary, it’s manipulative. The real reason to clean up toys is to avoid tripping, breaking them, or getting hurt – and it’s inconsiderate.

Most arbitrary threats are Appeals to Practical Consequences, whether you’re a would-be Romeo threatening to dump your girlfriend if she doesn’t put out, or the president threatening to shut down the government if they don’t build your wall. Separating kids from parents and locking them up in cages to discourage illegal immigration is a particularly gruesome example.

Join the Bandwagon Appeals are common in peer pressure and advertising. 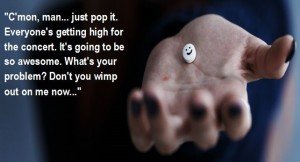 This “friend” wants you to join the lemmings just because “everyone else is doing it” – so it must be a good idea? The Bandwagon Appeal is followed by an Appeal to Ridicule implying you’re a wimp if you don’t go along.

Seducers often use a barrage of techniques to loosen resistance: 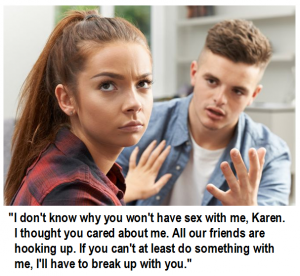 Romeo here starts off with the technique called Drawing the Line (If you love me, you’ll have sex – if you won’t have sex, you don’t love me.) The ploy draws sharp distinctions where it’s not appropriate. The next salvo is a Join the Bandwagon Appeal (Everybody is hooking up, so we should.) The final shot is another Appeal to Practical Consequences (Give it up or I’ll dump you). If she sees through the manipulative mechanics, it’s a lot easier to keep her values intact.

The most insidious forms of propaganda are the ones we internalize. Appeals to Prejudice from outside are bad enough but when we adopt Prejudices ourselves, we truly limit our horizons. The final example illustrates the technique of Inconceivability: not accepting something as possible or true because we can’t imagine it being actualized. This is how dreams die before they have a chance to be born. Our children deserve a better fate. 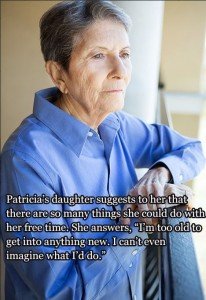 Layman (Buzz) Allen is president of Accelerated Learning Foundation, a non-profit educational foundation dedicated to adapting and disseminating instructional games developed by the University of Michigan Instructional Gaming Group. He can be reached at 641-919-2466 or info@propagandagame.org.
Or visit: